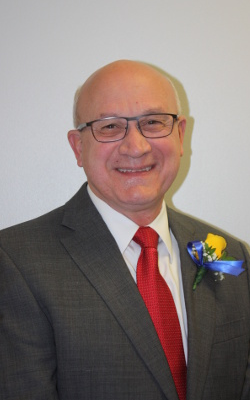 R.D. and his wife, Toni, have lived in Gladstone for 14 years. He is a retired Colonel who has served in the United States Army for 26 years. In 2014, Colonel Mallams was inducted into the Officer Candidate School Hall of Fame for the Kansas National Guard. His civilian profession included serving as a public school administrator. In 2009, he was the recipient of the distinguished elementary principal of the year from the Kansas City Suburb Elementary Principal’s Association. Currently, both he and his wife are members of the Kansas City Northland Elks Lodge #2376 in Gladstone, and R.D. is serving as the Vice President for the Metro West District.

Educationally, R.D. is a graduate of the Command and General Staff College at Fort Leavenworth and he received his doctoral degree from Saint Louis University.


R. D. Mallams can be contacted here.
Submit a Request